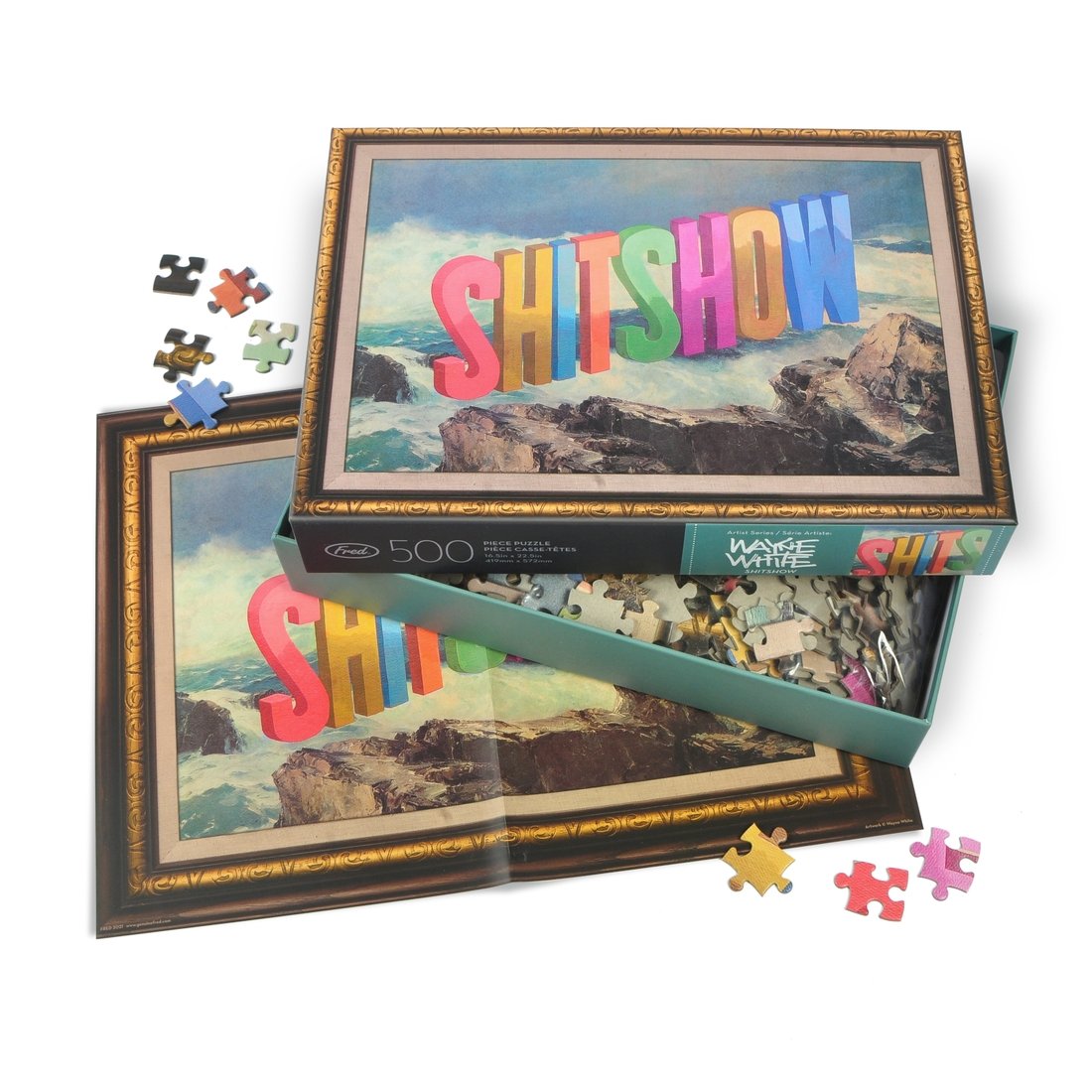 ABOUT THE ARTIST: Wayne White is a multi-media artist born in Chattanooga, Tennessee. He has worked professionally as a cartoonist, illustrator, painter, sculptor, set and puppet designer, and animator in New York and Los Angeles. He won three Emmys for his art direction on Pee-wee’s Playhouse. His thirty years in television production includes designing Shining Time Station, Beakman’s World, Peter Gabriel’s “Big Time” video and “Tonight Tonight” for The Smashing Pumpkins. Since 2000, he has shown his paintings and sculptures in galleries all over the world. In 2012, he was the subject of an award winning documentary “Beauty is Embarrassing.” He lives and works in Los Angeles with his wife, cartoonist Mimi Pond.